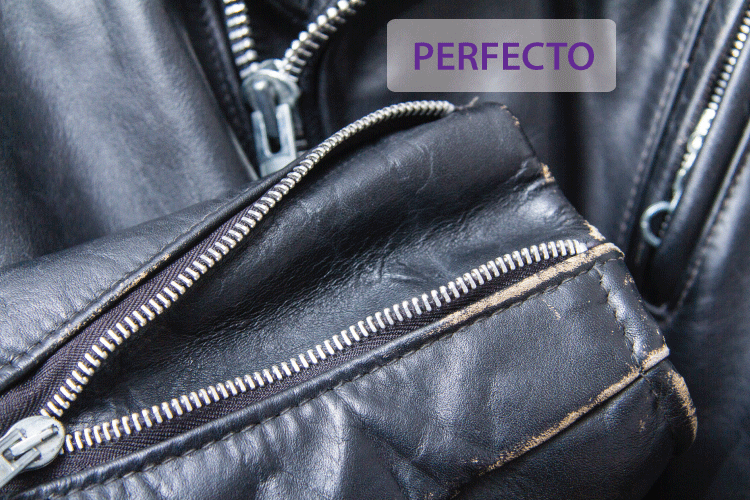 The Perfecto is one of the most mythical male garments
and the first innovative fashion item designed for bikers.

1 – The Perfecto : Its history

> It all began with the Schott brothers, Irving and Jack, two Russians, who in 1913 created their rainwear company after having emigrated to the USA. 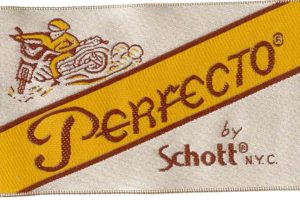 In 1928 the Harley Davidson shop in Long Island ordered from Irving, a biker jacket which must be :
– resistant
– long wearing
– protects from the cold
– protects from bad weather.

Irving revolutionised the jacket style by designing it with
a zipper or zip fastener.
Up to then blousons and jackets just had buttons.
Only jeans had zippers.
To give resistance, Irving chooses leather as the material.
He searched for the best quality and most resistant leather
and used horsehide for his first model.
Thereafter he used thick cowhide or buffalo hide.

>> He gave the jacket the name of his favorite Cuban cigar : The Perfecto !

The Perfecto stayed relatively anonymous during the 2nd World War
as aviator jackets were then the most popular apparel.

In 1940, the Schott company brought out the Perfecto « 613 One Star ».
It is recognisable by its distinguishing features :
– Made from horsehide
– It has a star on each epaulet
– There are no buttons on the collar ends. 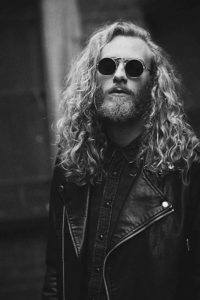 From the 1950’s the Perfecto became established thanks to two legendary Hollywood ambassadors, Marlon Brando in The Wild One and James Dean in Rebel without a Cause.
Thanks to those two mythical actors, the blouson became part of the dress code of rebellious young Americans.

Because of its ultimate, young rebel, outlaw, biker image it was banned in many UK and US schools in 1950.

In 1977 the « 118 » model came out bringing some minor differences :
– It was made from a more supple calfskin
– It was less adapted for the motorbike
– Its tailoring was slightly modified

Today’s Perfecto is worn by a wide public, of all ages and backgrounds.

> The biker jacket is now a part of « Fashion », with many designers, all ready to adapt it.

> This garment is now also included in the female wardrobe
and has become a key item for changing trends , creating new looks and styles
and modernising outfits from the just  casual to the most chic and sophisticated.

2 – The Perfecto : Its styling

The Perfecto is a garment which never goes out of fashion
and has stood the test of time thanks to its adaptability.

But it is always easily recognised due to its styling and particularities.

> The Perfecto is a waisted, tight fitting jacket.

– It is short
– It is in leather
– It is zippered : The zipper is shifted away from the chest centre and is slightly slanted
– This permits a double layer of leather at chest and stomach level
– It is asymmetrical
– There are zips at wrist level which allows the sleeves to be closed and then to be aired when opened
– The armholes are cut so as to allow ease of movement and resistance
– The pockets are zippered : one on the chest and two at hip level
– The collar is that of a suit jacket
– The collar is imposing and can be folded down for better protection
– It has snap buttons at the extremities so that it can be pressed against the chest
– A belt fixed on the back which tightens at the waist to give total control in stopping
the wind from infiltrating  at back level.

This biker jacket succeeded in imposing itself.
It is now worn by both men and women.

The ladies leather Perfecto dresses women in outfits which are both chic and relaxed.
The black (or any colour) leather Perfecto for men can be worn year round,
in every style and on every occasion.

The Perfecto in leather has a marked character. 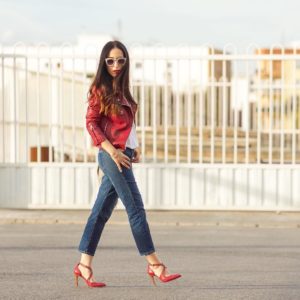 But nowadays it goes well with everyday outfits.
This mythical jacket gives a cool, relaxed look to your outfits allying class with elegance.

>> The Perfecto for women
– The basic garments are easy to match
– The printed materials bring a touch of elegance
– It is perfect for giving an outfit a less strict air
– Match it with a dress or skirt to give a modern, active woman look
– With ankle boots or heeled pumps
– Match it with accessories which are simple but distinguished

>> The Perfecto for men
– For a casual look, wear it with simple, smart outfits
– For an outing with friends go for fine quality materials and an elegant look
– With a black Perfecto don’t hesitate to wear other colors 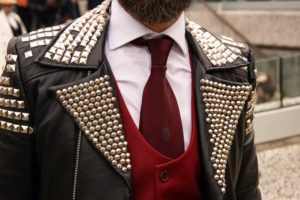 – With classic outfits
– With leather dress shoes
– With runners

Here are other relevant articles for you Gentleman and Ladies
Do not hesitate to consult them :

How to associate colours in men’s clothes ?

Leave a reply Click here to cancel the reply

This site uses Akismet to reduce spam. Learn how your comment data is processed.